My goodness, that last post was contemplative and serious.  I think it's time for something, in the immortal words of John Cleese, "completely different".

So, there's this one word that I've begun to really despise.  Every time it pops up, I grit my teeth and try not to tell off the person using it.  Is it some awful profanity?  Is it some racial slur?  No.  It's the commonly used abbreviation for Laugh Out Loud: "LOL".


Quite a few of the commonly used phrases on the interwebs can trace their shady routes back to text messages.  To deal with character limits, impatient teenagers would reduce phrases to shorthand such as "OMG", "ROLFL", "NSFW", and so on (if you're reading this, it's a safe bet that you know what those mean.)  And the abbreviation that had the most permanence was the omnipresent "LOL".  But here's my problem:

It's designed to express emotion, specifically mirth.  But I can't think of any of the previously mentioned shorthands that expresses less emotion then the dreaded short.  When I get that as a response when instant messaging with someone (yes, I know) several times in a row, it makes me feel like I'm talking to a robot.

And this isn't just me imagining a lack of reaction.  I happened to have a video chat open with a friend of mine, and he was not able to speak, only type (I don't remember the reason).  I, of course, made jokes constantly, and his only reaction to my silliness was to type "lol".  Over and over again.  He didn't react, his face didn't change, nothing.  I wanted to say: "please, don't pretend you find it funny, say something different.


What would I prefer?  Well, that's the key question, isn't it?  I understand that Laugh Out Loud is a useful shorthand for people who want to type fast, or for those with a more limited vocabulary (and I say that not to offend, different people are good at different things), who literally might not know a better way to express their emotion (Said people tend to prefer to express themselves in person, but that's another matter).   But a simple "hah" or "hehe" or "nice" would do, something of the sort.  Something that raises the collective intellect of communication beyond teenagers mashing their phones into submission.

In conclusion, my roflcopter goes swa-swa-swa.

I've always been a night owl, night-time is as comfortable to me as daytime is to others.  And I'm no stranger to lack of sleep either, which perhaps more then a little worrying.  I prolong sleep with stubborn determination.  Eventually, though, my body has it's way, and I am forced into the the arms of Morpheus.
Speaking of Morpheus, I'm fairly sure he takes a substantial hit of LSD before carrying me off into dreamland, because my dreams almost always tend towards the completely insane.  Now, I can almost hear you saying: "of course they're insane, they're dreams," but by even the standards of dreams, my midnight imaginings are particularly surreal, and always different.
One of my dreams involved sailing an endless sea that I somehow knew covered then entire world.  Majestic, sparkling waterfalls fell from the few rocky outcroppings that hadn't been consumed by the waves.  In the distance, I could see tornadoes made out of silver, gyrating and twisting in on themselves.  It was beautiful, and yet profoundly alien.
I was having a conversation with my sister, and she was telling my about a crazy dream she had about her, her friend Victoria, and the character Edward from Twilight playing cards together, or something, and all I could think was: "that is NOTHING".  Most people have dreams that are slightly connected to reality, or at least are somewhat plausible, like failing a test or something, and everybody laughs at you, perhaps.  Or dreams that contain a celebrity like, well, Edward Cullen.  I tend to have nothing of the sort.
As a musician, I hear music and rhythm everywhere: in the tick-tick of a turn signal cycling, the steady click of high heels on marble, and even the typing of a keyboard.  And I hear it in my dreams.  As I sleep, I'll hear an amazing song, a revolutionary song, a song that defies understanding and breaks genre lines, and I'll wake up wondering what that song was.  And then I'll realize that my mind composed it while I was asleep, and I'll feel slightly sad, because I'll know that nothing I can make while I am awake can ever stack up to the greatness of what my subconsciousness can compose. 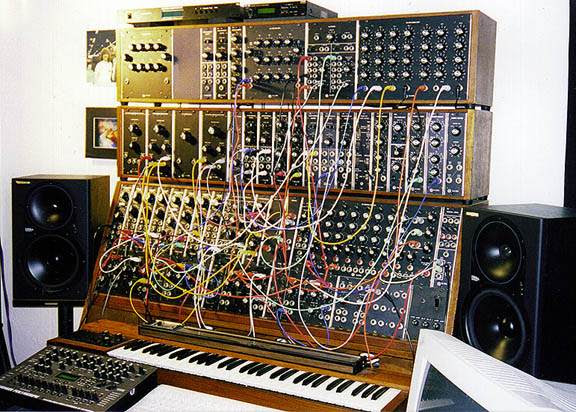 Posted by Snooglebum at 11:50 AM No comments: